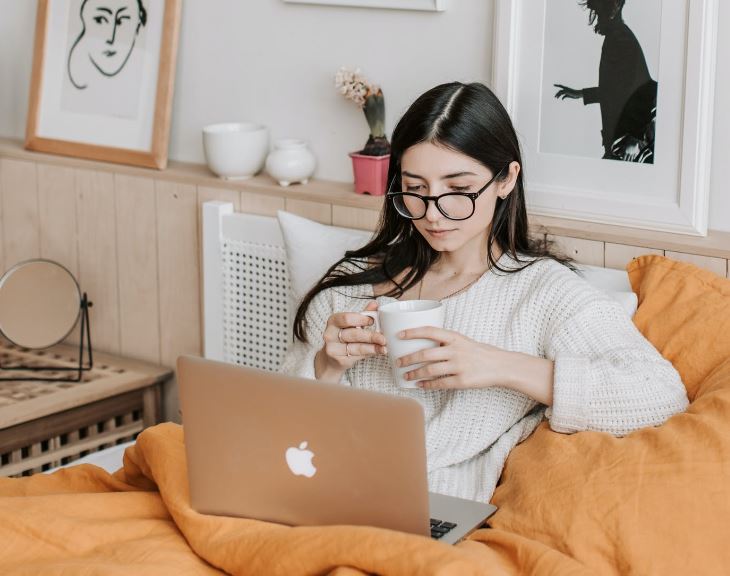 What is a flat white coffee

Coffee is a sultry black liquid of comfort. Nothing feels better than a warm cup of coffee that not just awakens all your senses but also gives a great kick start to your day.

The variety this elixir offers is just amazing. One of the globally popular coffee preparations is a flat white coffee. To understand it with more clarity, you need to know what a flat white is.

Just like any other coffee, a flat white is an espresso-based drink containing some amount of steamed milk. It provides consumers with a dairy option to counter the bold taste of espresso.

A small portion of steamed milk, topped with a thin layer of microfoam, coats your mouth with a rich, creamy feel and a strong kick of coffee.

Just like other coffees, a flat comes in 4 colors black, earth yellow, gold and bistre.

The color depends on the amount of milk that you add to make a delicious cup of coffee. The more the quantity of milk, the lighter will be the color of the coffee.

Here are a few things that you might want to know, get well acquainted with a comforting cup of flat white coffee.

Who invented the flat white?

The place of origin of flat white coffee is a topic of debate between Australia and New Zealand, but it is for sure that it came from the southern hemisphere.

Alan Preston, a café owner in Sydney, very strongly claims that he was the first one to coin the word flat white around 1985. He also has a website that accounts for all the events that lead up to that name.

Preston claims to have drawn inspiration from a type of espresso called ‘White coffee – flat’ being served in various cafes around the 1960s in his home state, Queensland. He also backs his story with a picture of a menu from the 1980s where the words ‘flat white’ are inscribed in the menu.

Though the evidence produced by the Aussies is quite convincing, the kiwis aren’t behind in the race.

In New Zealand, a Wellington-based barista, Frank McInnes, roots for the origin of this variant of coffee in the country. He puts forth a strong argument about him being the first one to have accidentally coined the word flat white.

According to his story, while serving an order for a cappuccino in Café Bodega on Willis Street, he couldn’t froth the milk because of a lack of fat. As a result, he served the same to the customer, saying that it’s a flat white.

Though the debate still continues to exist, with the announcement of Flat white on the menu of Starbucks, it got its worldwide popularity, entering it into the list of the mainstream choices.

If we talk about how to make a flat white at home or a café, there are two main ingredients that you’ll need, milk and espresso, the primary ingredient in any dairy-based coffee drink.

It contains a double shot of espresso, which is topped with a topping of milk that’s hot but not at a boiling temperature. The texture of this froth is highly silky and smooth, so you need to be careful about how much milk to be put in a flat white.

For the vegan coffee lovers who might be thinking whether they can make a flat white with almond milk, then the answer is, yes, you can. However, it will be less foamy than the regular one.

In taste, a flat white is milder than a cappuccino, but it gives a stronger kick of caffeine in comparison to a latte.

The serving temperature the milk is steamed (without frothing) is approximate to 54 °C (129 °F). The microfoam of milk needs to be very smooth and silky so that it just coats your mouth and leaves a rich dairy feel.

Are there any flat white variations?

Many people decide on the number of cups of coffee they would be consuming in a day based on the caffeine levels in their drink. If you want to make it your go-to caffeine dose, then you might be wondering how much caffeine is there in a flat white.

If you are calorie conscious person, you would want to know how many calories are there in a flat white.

The average amount of calories in a flat white is 120 calories, with about seven grams of fat. The calorie content is one of the differences between a latte and flat white. A small latte contains about 200 calories in a small cup.

Can you make a flat white with almond milk

A flat white taste absolutely delicious with any kind of milk. Be it whole milk, almond milk, cashew milk, or any other variant, you can expect a sultry warm cup without any disappointment. You can have your daily caffeine kick with relatively fewer calories as well.

However, using an option like almond milk, which is low in fat, you might not be able to achieve the right density and consistency of a flat white coffee.